Today is the last Sunday of the Western Church calendar year before she starts fresh next Sunday, rehearsing  (re-harrowing) the great gospel story that begins with the season of Advent.   To commemorate, Malcolm Guite posted a beautiful, unsettling sonnet riffing off of today’s gospel reading in Matthew (25: 36-41) which anticipates the day when Christ the King, upon coming in glory, will ask of us whether we recognized him in the poor, the marginalized, the hungry, the thirsty.

Aside: I find it ironic, that The Feast of Christ the King follows so close on the heels of the consumer feast known as Black Friday, a modern orgiastic festival rivaled only by that other consumer high-holiday Boxing Day, which the Church remembers as The Feast of the Martyrdom of St. Stephen.

Randy Woodley, in his very fine book Shalom and the Community of Creation / An Indigenous Vision, suggests it may well be time for us to drop the language of King and Kingdom from our Christian lexicon as the metaphor no longer has direct experience in our modern context and  is also freighted with all sorts of profoundly negative associations.

I certainly resonate with Randy’s concern, but the inherent tension is precisely the point. Exactly what kind of King is it who, volunteering obscurity, condescends (with passion) to walk among the lowly, sharing their burdens and humiliations, and ultimately bearing them away in his own death?  What kind of kingdom is it where the lofty are brought down and the lowly lifted up? It is a rather odd, counterintuitive sort of kingly glory is it not ? – the sort  that can only be found perhaps in “the delightful deceits of fables.”  But I’ll take those deceits any day over the relentlessly measured, flat, atomized facts of a pitiless universe. Facts and Truth are not always the same thing.

And so… I will contribute a song alongside  Malcolm’s sonnet because I truly love, believe and trust this story.  It causes me to weep tears of shame and awe. Complicit as I am in the structures and systems that allow for wretchedness alongside (even fueling) historically unprecedented privilege,  what makes me get up in the morning, dust off my shame and jump back into the story is the firm conviction that the story isn’t over,  and that the Author, whose glory is foreshadowed in previous chapters, may yet have a surprise ending.

Below you’ll find Malcolm’s sonnet The Feast of Christ the King and my song (gleaned from Psalm 113),  High Above the Fray. One celebrates transcendence though immanence, the other – immanence through transcendence.  Both favourites 🙂

Our King is calling from the hungry furrows
Whilst we are cruising through the aisles of plenty,
Our hoardings screen us from the man of sorrows,
Our soundtracks drown his murmur: ‘I am thirsty’.
He stands in line to sign in as a stranger
And seek a welcome from the world he made,
We see him only as a threat, a danger,
He asks for clothes, we strip-search him instead.
And if he should fall sick then we take care
That he does not infect our private health,
We lock him in the prisons of our fear
Lest he unlock the prison of our wealth.
But still on Sunday we shall stand and sing
The praises of our hidden Lord and King.

High Above the Fray | Steve Bell
adapted from Psalm 113

Blessed be the name of the Lord
My heart pounds out this praise
Let every weary doubter be assured
It is He!
High above the fray!

And he picks up from the dust
Every lost and lowly wretch
Inviting them to come to the table
And he honours them among
The brightest and the best
Who could have guessed?
No one is able 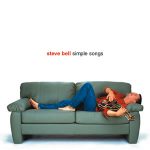 High Above the Fray can be found on Steve Bell | Simple Songs.