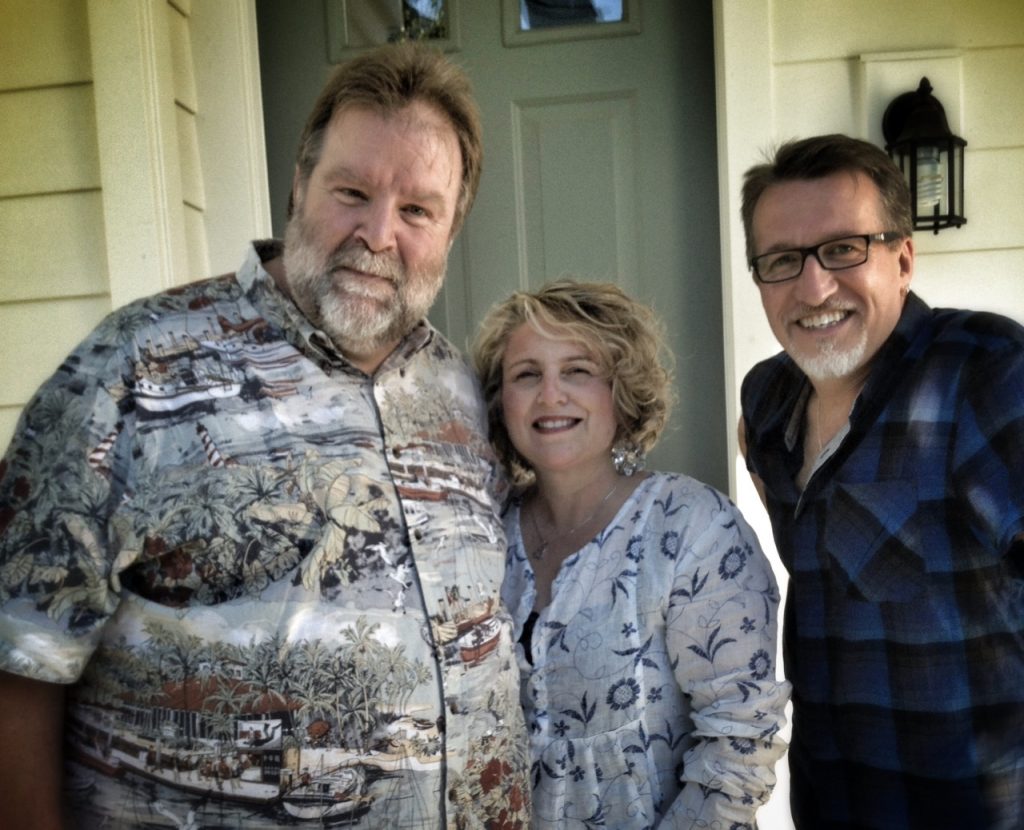 (photo: Bob and Elena Bennett, and myself)

Update: Thanks to all who responded to a call to help singer/songwriter Bob Bennett manage a three-month convalescence after having undergone open heart surgury.
In less than a week, we’ve raised $12,000 which corresponds almost exactly with three months average North American salary (according to a google search.)  Needless to say, Bob and his wife Elena are overwhelmed and grateful.
It’s very touching to me (as well as every musician I’ve talked to) that there came such a swift showing of support.  Thank you all so very much.  It is a joy serving you!!

Many of you know and love the music of Bob Bennett, my long-time friend from California, who has a music vocation similar to mine.

In the past, my company, Signpost Music, has sold Bob’s albums. He contributed to the Livingroom Series in 2001, and went on tour with Carolyn Arends and myself to promote our complimentary solo albums. That tour remains one of the fondest memories of my career.

Recently, Bob underwent major heart surgery, and has had to take several months off from performing, which is the main source of his income. So… Bob could really use our help to get though this short-term financial strain.

If you are interested in helping, we are taking donations (non-receiptable) through Signpost Music. If you donate more than $30, I’ll send you a complimentary Bob Bennett CD. 100% of the proceeds will go to Bob.

It would be great if we could raise several thousand dollars in the next few weeks.  We’ll run this until the end of September. Every few days I’ll post the amount donated on this page, so check back to see how we’re doing.

UPDATE:  GOAL REACHED!! Thank you for your generosity!

6 thoughts on “Bob Bennett could use our help…”