Last night I sang a couple of songs at a fundraising banquet in Winnipeg.  My buddy Paul  asked me to sing.  I happened to have the night free, and I have great history and respect  for the organization, so I was more than happy that I could oblige.

I must admit to being a little surprised when it came time for me to sing, that out of about 500 upper middle-class, well-educated attendees, only a handful stopped talking long enough to even acknowledge I was there.  I could actually follow the conversation of the table right in front of me.

I felt bad for the organizers… and for Paul. I think they were more embarrassed than I.

This is not my first experience of its kind.  Singing at a recent banquet for a local hospital, I watched in disbelief as a similar crowd was almost revelrous throughout the entire program –  at no point, were the MC’s able to get their attention.

First, let me assure you that I really don’t expect that everyone should like my music. And I also don’t mind if I have to endure the occasional ego-spank.  It is the nature of my vocation to receive an inordinate amount of praise for simply doing my job.  My wife,  a 30 year veteran of teaching (and very good at it, I might add)  has not  once received a standing ovation for her work in the classroom.  My mechanic, also very good at what he does, may get the occasional thankyou, but I’m quite sure has never been asked for an autograph.

Artists, tending to be somewhat insecure, are vulnerable to the inherent vanities of our trade. In our day, there is an unholy alliance between the arts and celebrity culture  which has all but decimated the guild and  ruined some fine artists. So I will gratefully receive my thumping as a corrective, realigning gift.

However, I am very concerned that we are increasingly living in a culture where basic respect and manners are not assumed to be a feature of being an adult in “advanced” society. I fear that we are becoming unmoored from a very  “conservative” social anchor that understands every human being to be, first and foremost, God’s good idea and therefore (by nature) worthy of positive regard and respect.

I may have been less sensitive to this had we not recently endured the gong show affectionately known as the Presidential Race. What horrified me the most was that Christians, of all people, if not setting the pace, at least kept pace with a willful and malicious culture of malignment and mis-information.

Manners and respect. If we toss these, many other goods will soon tumble after.  I’m just sayin’…

On a positive note, this morning, on my way to work, I stopped  at my neighborhood coffee shop for some fuel. As I walked in, an old acquaintance greeted me with a warm hug.  Immediately, the old codger at the table beside said, “This gentleman here,” gesturing to a rather beleaguered fellow across from him, “is hug deprived. Do you mind…?”  My friend enthusiastically embraced the weary  fellow and we all experienced a mutual moment of grace.  And then, as I approached the counter, the barista shyly addressed me by name and and whispered, “I was serving at the banquet last night… I like your singing.” I thanked her and asked her name, and we shared a brief moment of mutual, positive regard. Nice! Now we have names to greet each other with every time I go in for a coffee. That alone, is worth my two songs-worth of time.

listen to song below by clicking on the song title…

Oh – It’s always been about love… 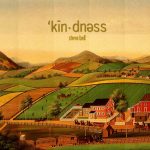 The song, About Love is found on  Steve’s album KINDNESS which can be viewed and purchased HERE…