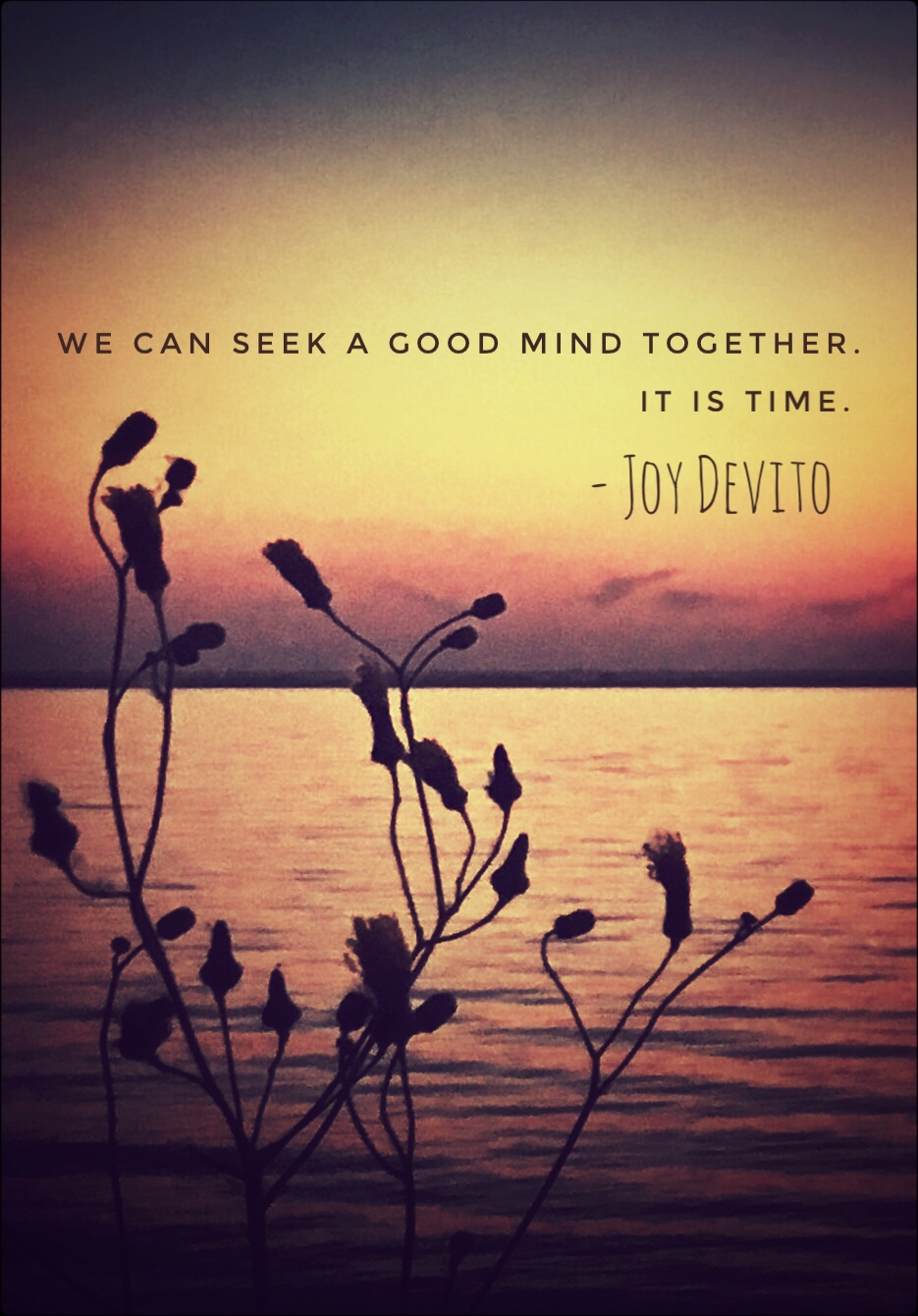 In response to Article 45 of the United Nations Declaration on the Rights of Indigenous Peoples, poet Lyla June Johnston has written about her patient ache for the day when “our collective love… robs the stalk and the root from the thorns of inequity.” * The words collective love resonate deeply with my Christian tradition, which affirms God’s very being as Love, and God’s very constitution as a collective unity (Trinity), which knows of no internal inequity, and in whose image all peoples have been created. Thus, a document which calls for equitable relations between all peoples should be extraneous to a culture that claims any Christian memory or heritage whatsoever. And yet, the architects of the Declaration felt it necessary to include this article as if it were not a given… much like fast food chains find it necessary to print Caution: Hot Contents on the outside of their coffee cups as if consumers would not be aware of the fact:

Nothing in this Declaration may be construed as diminishing or extinguishing the rights indigenous peoples have now or may acquire in the future.

Any country that would claim greatness according to minimum standards of justice and good will, will have no trouble adopting and implementing a Declaration such as has been put on our table. Canada, in its 150th year, has yet to decide who we are to become, and there are many who consider this a critical moment.

We can seek a good mind together.
It is time.
–Joy Devito*

On September 23rd, in Winnipeg, there will be a gathering at the site of the National Centre for Truth and Reconciliation located on the U of M campus. The gathering will be preceded by a 12km walk from the city’s downtown for those who can join (details to come). The purpose of the gathering is to support Reconciliation Bill C-26: an act which, if adopted, would ensure that the laws of Canada are in harmony with the United Nations Declaration on the Rights of Indigenous Peoples.

*Quotes from Lifting Hearts Off The Ground: Declaring Indigenous Rights in Poetry