“Its the least I can do” is a phrase often said in response to someone’s gratitude for a favour. The implication is that the person who has granted the favour is happy to have done this or that for a friend, and whatever imposition or cost the favour or task required was a burden gladly borne. 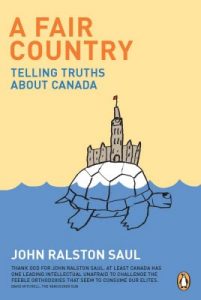 In his compelling book, A Fair Country: Telling Truths About Canada, John Ralston Saul writes at length about a deep mutuality and friendship between First Nations and settler peoples prior to Confederation—the evidence of which, of course, is the Metis Nation.Treaties themselves, traditionally understood, are not meant to be cold, legal agreements between competitors in a zero sum game, but rather, they are friendship agreements about how to live together in a good way. Saul writes rather convincingly as well that the uniqueness of Canadian values and political structures are largely inherited aboriginal ideas: egalitarianism, a proper balance between individual and group, and a penchant for negotiation over violence—all aboriginal values that Canada absorbed. Saul laments that we’ve forgotten our good roots and we dishonour the truth of our heritage by our selective memory, and suggests that a better future is compromised as a result of our amnesia.

Article 43 of the UN Declaration on the Rights of Indigenous Peoples insists that the rights contained in the Declaration are the “minimum standards for the survival, dignity, and well-being of the indigenous peoples of the world.” In other-words… it’s the least we can do. But the spirit in which we do anything at all makes all the difference. My father used to say that when there is enmity between friends because one has brought harm on the other, for true justice to be served, restitution has to go far beyond “pay back.” Justice is only served when the friendship is restored.

I would hope that it is still conceivable that Canada’s founding friendships are restorable as we adopt and implement policies that allow for the flourishing of all peoples who seek to live on this land in a good way.

Article 42: We Can Be Fair (good and beautiful)

I appreciate the title of John Raltson Saul’s book A Fair Country mostly because of the double sense of the word fair. Fair means: in accordance with rules or standards, and often refers to the just distribution of goods or power or whatever it may be that more than one person in a relationship of equals hopes or needs to have access to. 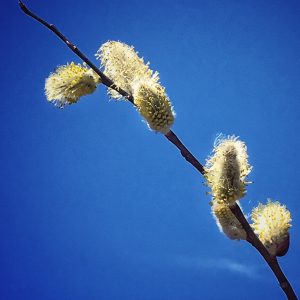 However, fair also means attractive, or beautiful, as in fair is the meadow, and it has often been suggested that it is no accident that the word fair carries both meanings, for there can be no beauty without justice, and no justice that is not also beautiful. And so, a fair (beautiful) country is also a fair (just) country.

Article 42 of the UN Declaration on the Rights of Indigenous Peoples states that those who hold power and who have agency, be they Nations or States, specialized agencies, the UN and its bodies, or the Permanent Forum on Indigenous issues “shall promote respect for and full application of the provisions of this Declaration, and follow up the effectiveness of this Declaration.”

What will help sustain such efforts over the long haul? What will convince a largely unconvinced nation that resetting the relationship between First Nations and settler people is worth the the costly unsettling of settled and harmful structures? This is where we need leadership. We need those who will hold up and promote the beauty of justice in a manner that stirs our more noble instincts and longings for that which is truly good and beautiful.

Jesus told a parable about a man who found a beautiful pearl in a field… so beautiful that he sold everything he had in order to buy the field. The man was motivated to a costly rearrangement of his personal securities by beauty. We could be a fair nation in the deepest meaning of the word, if only we could catch a vision of the beauty of it…

On September 23rd, in Winnipeg, there will be a gathering at the site of the National Centre for Truth and Reconciliation located on the U of M campus. The gathering will be preceded by a 12km walk from the city’s downtown for those who can join (details to come). The purpose of the gathering is to support Reconciliation Bill C-262: an act which, if adopted, would ensure that the laws of Canada are in harmony with the United Nations Declaration on the Rights of Indigenous Peoples.