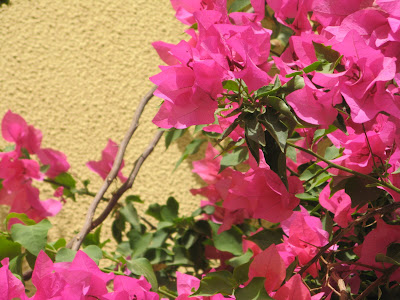 Flowers outside my room.

This morning was the one chance to sleep in – and of course I woke up shortly after 5 am. Sigh… But it was a great am with the sun bathing my balcony so I just relaxed there reading ‘till about 10 when I met Rikk for a quick breakfast before we left. 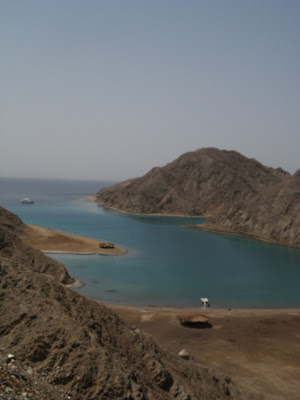 The Israeli border was only a twenty minute drive from Tabla – the coast is gorgeous. 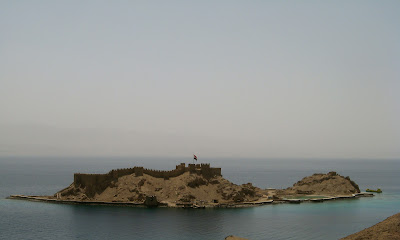 Our guides got us through the Egyptian border without a hitch. We said goodbye and then had to walk an outdoor corridor to the Israeli border crossing. The last time I was in Israel, entering and exiting the country was a daunting, almost frightening experience. That was at the tail end of the last Intifada so I suppose security was pretty stressed. This time was much more relaxed. The soldiers were wearing casual pants, t-shirts, baseball caps and…. machine guns. It was weird. But everyone seemed friendly enough and we were through much quicker than I had expected. 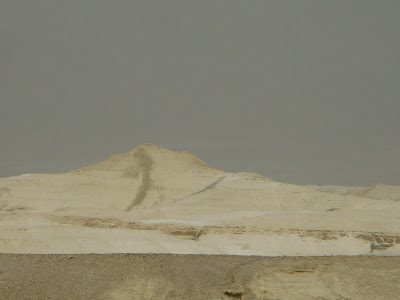 We met our guide, Arie and were on our way. (I forgot to ask Arie if I can post his picture – I’ll check tomorrow. ) 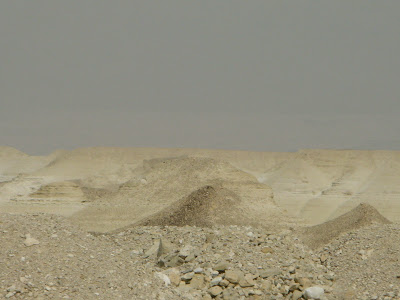 Israel is a long skinny country – only about 350 miles from top to bottom. Width is hard to say with one number as the country is misshapen by geography and politics. There are roughly 7.5 million people living in Isreal: 6 million Jews, and 1.5 million Arabs. Of the Arab population, 1.2 million are Muslim, about 160,000 are Christians and the rest are mostly Druze. The Druze are a deviation from Islam who claim to decend from Jethro (Moses’ father-in-law.) They are fairly conservative, have no written sacred text and harbor no national aspirations.

In the West Bank there are 3 million Arabs. And in Gaza, 2 million. Gaza is one of the most densely populated regions in the world. 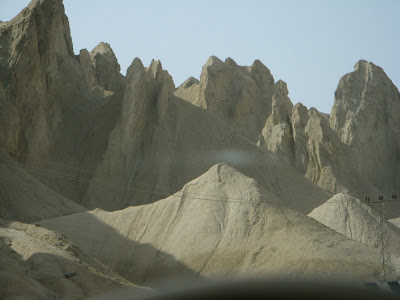 We entered at the lowest tip of Israel and followed up the Jordan Valley along the east boarder to the Dead Sea. The valley itself extends up to Gallilee and is (I found out) part of the same Rift Valley Nanci and I saw in Kenya last year. 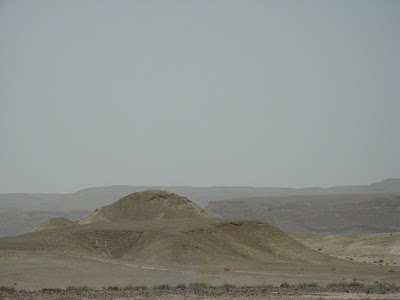 At the southern tip of Israel the desert is called the Negev and it feels very similar to parts of the Sinai – hot and desolate though not quite as rocky. 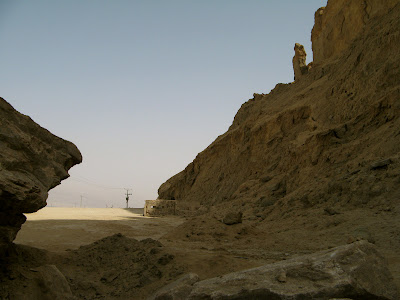 We stopped in the area called Sodom to see this salt mountain. It is a ridge 2-300 feet high and eight miles long and is made up almost exclusively of salt. No kidding. 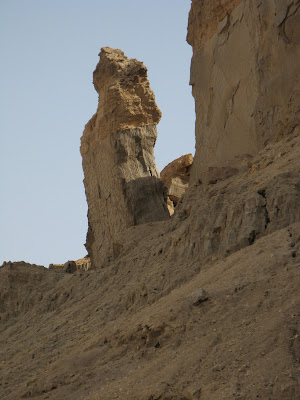 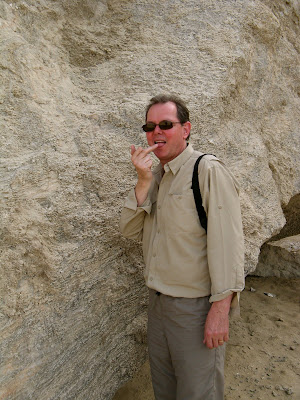 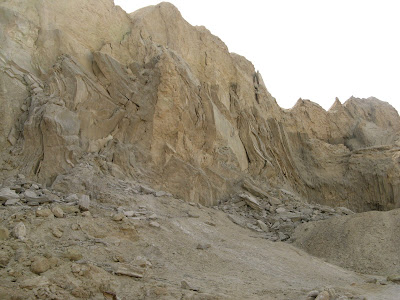 It doesn’t look like it – but this whole ridge is salt – for another eight miles.

We made it to the Dead Sea and our hotel by late afternoon and basically had supper and crashed. Not a terribly dramatic day but lots of good conversation with Rikk and Arie about the lie of the land, its history and it’s current woes. 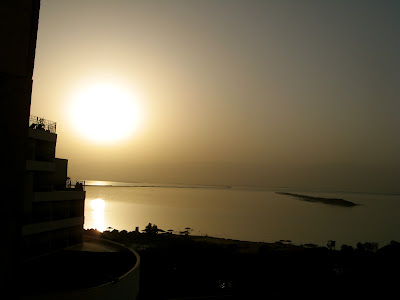 The Dead Sea from my room.