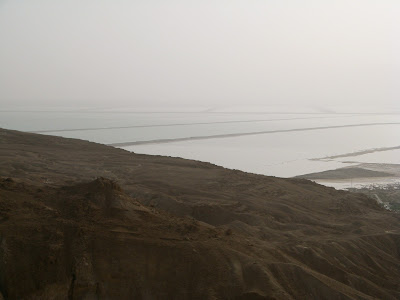 We rose early again this morning and were on the road by 7:30. Very hot today. In the morning it was already in the high 30’s and rose to around 45C by mid-afternoon.

We first traveled inland toward Tel Arad, the site of an ancient Canaanite settlement (3200- 2600 BC) and a Jewish military outpost/ settlement (~1200 BC). 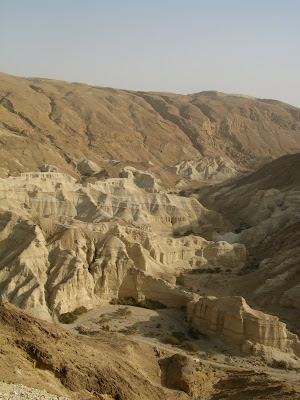 On the way we passed the Zohar Canyon which was an secondary Canaanite trading route linking the Mediterranean to the Jordan Valley. If you look carefully at the above picture you can see the road at the very bottom – that gives you a reference for how far down we were looking. 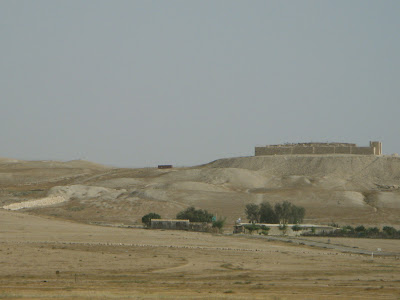 About 25 minutes drive west we came to Tel Arad. This is a Hebrew fortress settlement from the time of David and Solomon. 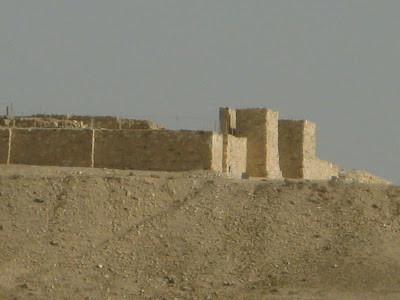 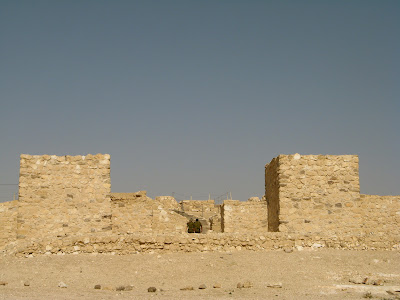 The fortress settlement is so dramatic it is the only thing you notice at first – but looking down from the fortress toward the south you see the ruins of an earlier Canannite settlement . 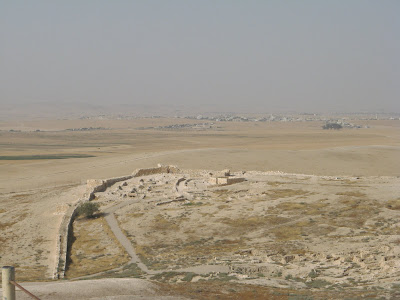 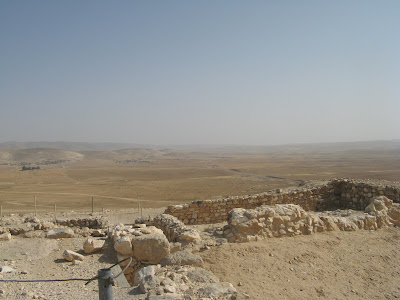 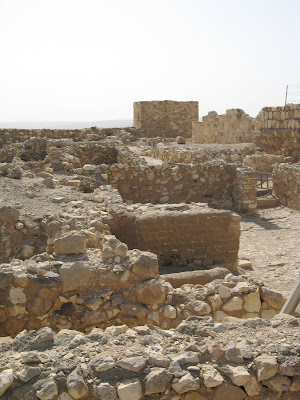 Looking at the temple inside the fortress. The big block in the center was the altar. 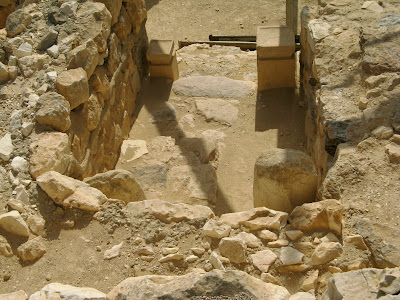 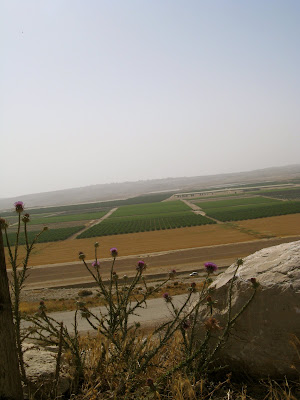 Looking east from the ruins you see an expansive farm. The Israelies have developed extremely sophisticated and efficient drip-irrigation systems that turn desert into verdant farms. It’s amazing to see. 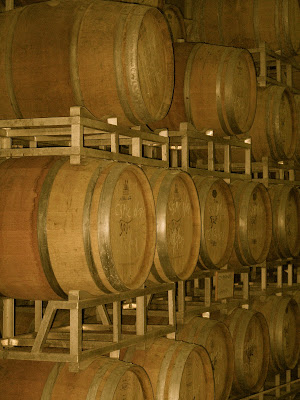 Down in the valley we stopped at Yatir Forrest Vineyard that is producing the best Israeli wines – considered by some to be among the great wines of the world. We toured the simple, but high-tech facility and had a chance to taste a few – a little pricey for me, but really, really great. 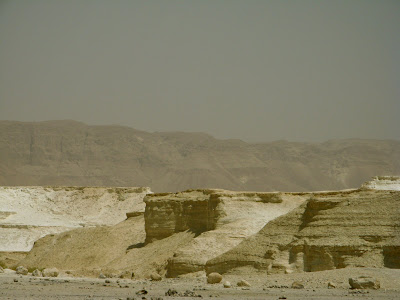 We then headed back to the Jordan Valley and turned north toward the Gallilee.

A few hours later we were at Masada. It was here, in 70 AD, that Rome put an end to the Jewish rebellion. Just 3 years earlier, Rome destroyed Jerusalem after which a small band of Jewish freedom fighters dug in at Masada for a final and dramatic standoff. 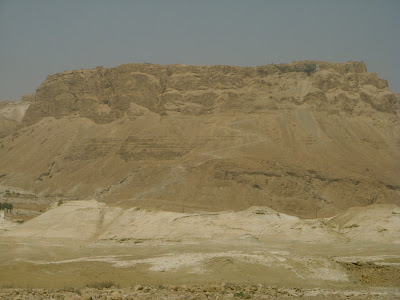 Masada was a vanity project of Herod the Great who built his elaborate winter castle on the top of this mountain – thirteen hundred feet above the valley floor. (Interestingly, the top of Masada is roughly sea level. The Jordan valley is -1300 feet.) He used it to host and impress his Roman bosses but many believe he suspected he may need such a place for his own survival. Herod killed many people (including his wife and his sons) and had many enemies. 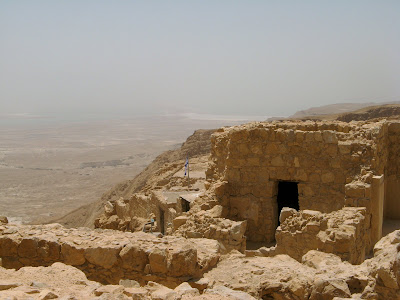 Ruins on top of Masada.

Pictures do not do this justice. This was a huge area and Herod had developed elaborate water systems, food storage and gardens – the Jewish rebels could have lived here indefinitely. 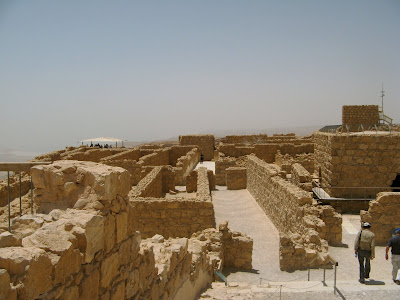 After Rome destroyed Jerusalem, some 960 Jewish rebels fled to the mountain where they held out for three years until the Romans built a thousand foot ramp up the east side of the mountain to get at the compound’s entrance. The night the rebels realized their time was up, rather than surrender to Roman brutality and slavery, they chose death. 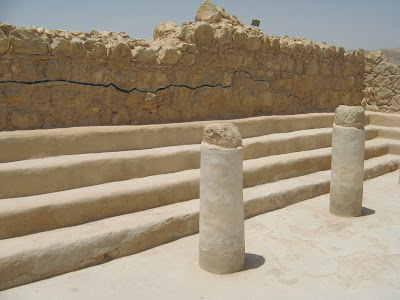 The Synagogue. This is the place of the last meeting of elders where they decided to destroy all their wealth, kill their wives and children and then kill themselves rather than be taken slave by the Romans. The drew lots by which ten men were chosen to slay the rest. Then the ten drew lots by which one killed the other nine before himself. The lots were found with the names of the ten written on them. When the Romans finally breached the fort, they found alive only two women and five children (who had survived by hiding in a cistern,) flames and an “awful solitude.” 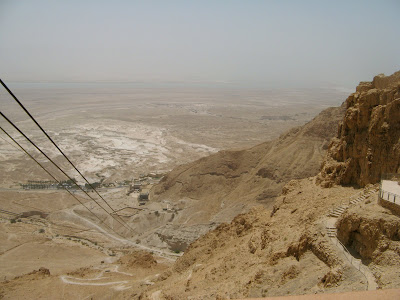 Tram back to the valley floor. Sorry the pictures are so hazy – by this point the temperature was about 45C.

We continued north to Qumran – where the dead sea scrolls were recently discovered (1947 by Bedouin Shepherds) in the caves near this ancient Essene settlement. 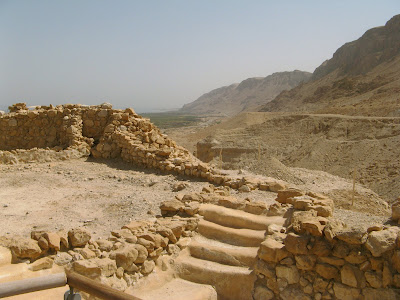 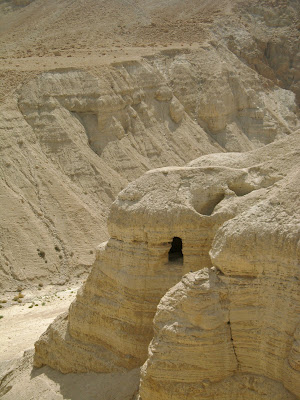 From Qumran we continued north past Jerico to Bet She’an just a few miles south of Gallilee. 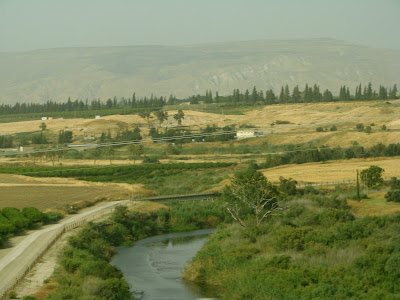 It gets greener as you travel north. This is the “mighty” Jordan river. 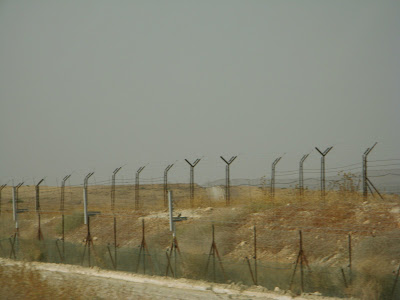 Bet She’an is the place where King Saul was beheaded along with his son Jonathan by the Phillistines. The archealogical remains here are of a later Roman city that thrived from 63 B.C.E through to 749 C.E. when it was destroyed by earthquake. 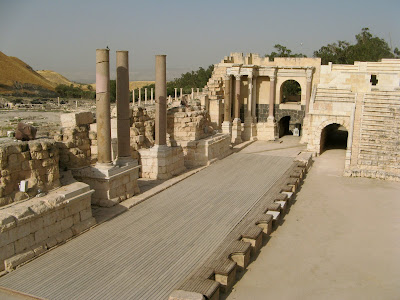 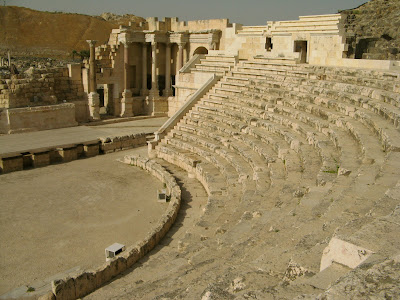 Finally we came to Tiberius on the Galilee. Checked in to the hotel, had supper and now to sleep. Tomorrow we tour the lake and then on to the Golan Hights. 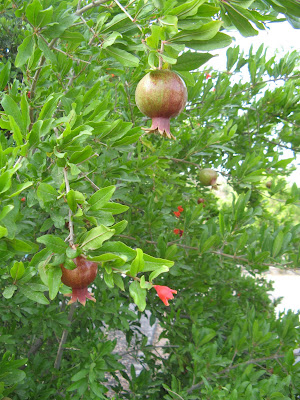 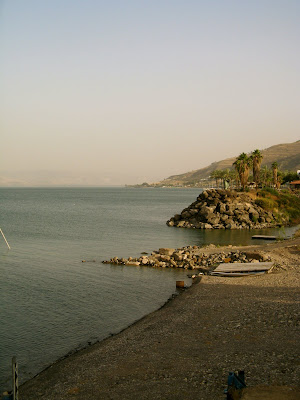