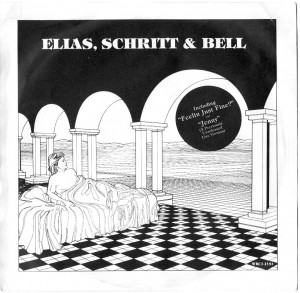 For those of you who who remember “back in the day” when I used to sing in a folk trio Elias, Schritt and Bell, you may be pleased to know we are getting together for a set of music on June 14th at  the Pyramid Cabaret in Winnipeg.

The event is sponsored my Marymound, which is is respected, multi-programed organization helping at-risk young women, and families navigate difficult days.  Extending from the vision of the Sisters of the Good Shepherd, Marymound offers secure living units, foster care, group homes, independent living programs, crisis stabalization, clinical support etc.  All of the proceeds from the evening go to benefit Marymound’s essential work.

The evening will begin with Kyla Cederwall – a young singer/songwriter whom I don’t know personally, but from videos available on YouTube looks to be quite a promising talent.

Next up will be my friend Don Amero. Don’s a wonderful singer/songwriter and person.  I’ve had him up to sing songs at my concerts and he always captivates. When discussions of this evening started, I was the one who suggested we call Don, simply because I wanted to hear him again.

Finally, I’ll do a set in which I’ll bring up my old bandmates Tim Elias and John Schritt for a half-dozen songs or so.  Elias,Schritt and Bell were a folk trio that performed relentlessly in (mostly) Manitoba from 1979-1983.  In 1982 we released our only record, Awakening,  which dominated sales in Winnipeg for about six weeks.  It really was a magical time and looms large in my memory not only as formative , but as one of those special, unrepeatable seasons of life.

Here, below, is an unreleased Elias, Schritt and Bell song that John dug up and sent to Tim and I  a couple of weeks ago – I had completely forgotten about this song.  Check out the crazy high vocals at the end! – not sure we could pull that off anymore 🙂

11 thoughts on “Elias, Schritt and Bell – briefly together again!”