My new CD, Where The Good Way Lies, is now available, and a description of the overall project with an audio player of the album’s single, Love Is Our Way to God, can be accessed HERE… 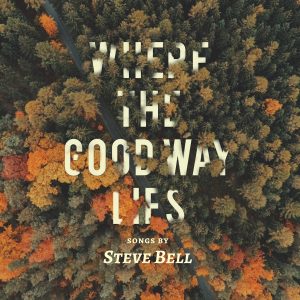 Although each work of art is unique, over time artists establish markers in their creations that become beloved trademarks to those who appreciate their work. Having said that, I think it’s safe to say that much of my new CD is in line with what one might expect from a Steve Bell album. But there is some newness there as well, and perhaps the title track, at least, begs a little explanation.

The title itself is derived from an Old Testament text:

Stand at the crossroads and look;
ask for the ancient paths,
ask where the good way lies, and walk in it,
and you will find rest for your souls.
– Jeremiah 6:16

Let’s recall that the early Christians didn’t call themselves Christians, but rather, people of The Way. In our own day, Christianity has become so laden with cultural and ideological trappings that it’s sometimes difficult to see the forest for the weeds. My friend, Indigenous Mi’kmaq elder Terry LeBlanc, finds the term “Christian” too freighted to be of much use any more and prefers to simply refer to himself as a follower of the Jesus Way.

Those who know me know I’ve had a long engagement with Indigenous peoples. I’m ever taken back with the strength of their traditional wisdom: that is, an affirmation of the goodness of the Creator, the fundamental goodness of creation, and a path of renewable relationality that ensures well being among all that God loves. “All my relations!” as Indigenous folk love to say.

In Indigenous teaching, courage, humility, honesty, truth, respect, wisdom and love are the seven virtues of a good and reliable way. There are slight variations across traditions of course, but always seven. And I’m reminded of how important the number seven is in Judeo-Christian thought and memory: seven days, seven lampstands, seven churches, seven elders, etc. Seven is the number of perfection. But perfection should not be misinterpreted as perfectionism, which implies a cruel exactitude no mortal can hope to attain, but rather suggesting wholeness, or shalom, with all its beautiful derivatives: justice, righteousness, mercy etc.

For reasons too long to delve into here, my engagement with Indigenous peoples and Indigenous wisdom has deepened significantly in the recent past. Rather than draw me away from my fundamental Christian faith, this neighbourly engagement has helped me to glimpse my faith, if only in brief flashes, in its unsullied form, which, I believe, has the potential to bring about a renewed energy and hope in a somewhat unflattering season of Christian witness.

This song began in an unlikely way. I was humming a song a friend of mine (Gerry St. Cyr) wrote over thirty years ago. As I hummed, the melody suggested new paths and I realized another song was presenting itself that built on an older one. Around the same time, my wife showed me a quilt that a friend of hers, a Metis woman named Ruby Payette, had made. It was an infinity star quilt… that is, a seven pointed star with each point referencing one of the seven Indigenous sacred teachings. Soon, lyrics formed:

Holy wind and water, earth and fire
North to south and east to west
Red and yellow, black and white in-spired
And all was blessed
So long ago
Long ago 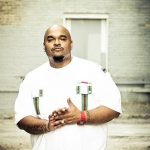 When it came time to record the song, I felt there was room yet for more input. I called rapper Fresh I.E. and asked if he thought there may be room for input from him. Fresh knocked me out with what he brought to the table. 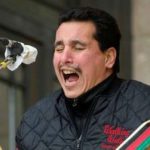 I then called traditional pow-wow singer Co-co Ray Stevenson to see if he felt like he would have something to contribute, and what he brought moved me to tears.

So the song and production end up being a rather unlikely soup. But I think it works.

You may check it out for yourself:

Where the Good Way Lies CD

2 thoughts on “WHERE THE GOOD WAY LIES – song notes”