At first it didn’t occur to me that I should publish what Signpost Music and I are doing to help Haiti. But then I recalled how often in the past I have been inspired by the action of others.  So below is and account of the modest help we are giving to the victims of Haiti’s earthquake. Please tell us your stories as well- post them in comments section below. It all helps to inspire and energize others.

I was fortunate to have the last couple of days free so I was able to do some research into the history of Haiti and learn about her sorrowful legacy of poverty and suffering. I’ve written a blog about Haiti’s story. Check it out – it’ll surprise you.  And if you can, read some of the links to other essays.  For me, entering into the story generated a capacity for compassion that goes beyond mere pity and allows me to participate in the unfolding story that is not yet over.

Right now, emergency aid in the form of money is desperately needed.  I told my staff that Signpost Music would match the staff donations to Haiti effectively doubling their contribution which will then be matched by the Canadian government 1:1(unless Canadain donations have already reached the maximum that our government will match.)  Because we are giving the money through the Canadian Foodgrains Bank,  who will draw on its annual CIDA grant on a 4:1 matching basis as part of their response, the initial $1 donation ends up unleashing $12 of aid.  ( I hope I’ve done my math right?!) That’s a lot of bang for your buck.

There are many great aid organizations to choose to donate to.  I appreciate Canadian Foodgrains Bank’s lean operations, deep understanding of the complexities of aid, and their long-term focus on food security.  If you are looking for a reliable agency with a tremendous reputation and track record, I highly recommend my friends at the Canadian Foodgrains Bank.  To donate through CFGB click HERE.

Perhaps you, in your work environment, or church groups, or can come up with a plan to motivate and multiply donations.  Let us know what you’ve done. It helps others to be creative. 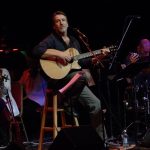 Most of us only think of money when we consider what we have to give to disaster relief. But there could be other ways of helping that are just as vital. It’s easy for me, I’m a singer, I can offer a song or two. No-brianer right? Yesterday I flew to Calgary to participate in a benefit concert with several other musicians.  The concert was quickly organized by folks who organize events regularly – it’s what they already do – and it raised $115,ooo in a single collection.

What have you got, non-monetary, that’s your no- brainer? You might have time to advance fundraising campaigns through your social networks? Perhaps you can call your chosen charitable organization to see if volunteer help is needed where you live. Organize a public awareness  event – even if it is modest – it can be in your home, church, community club.  Organize a collection at work.  What else? Perhaps see if your community has a  Haitian social organization you can call to see if there is any way to plug in there – take a meal to a Haitian family that has lost someone in the earthquake.

What else? Fast from one meal a week and give the cash equivalent to Haiti relief. Don’t despise the small effort. At last night’s concert, a Haitian woman spoke and said that 50 cents buys a water purification unit that provides a family with clean water for two weeks.

If you think of something, please post it in comments below – it might trigger someone else’s imagination.

Commit to Stay Engaged for the Long Haul.

Haiti’s problems weren’t born over-night and will not go away any time soon.  I talked to someone from Compassion Canada last night who said this will be a five-year rebuild. Stay engaged. Let’s remind each other six months from now to stay on top of the story and to give again.  And six months from then… 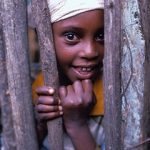 Sponsoring a child in Haiti might be a good, disciplined way of staying involved for the long haul.  I have good friends at Compassion Canada and they do wonderful work.

I love quoting Fredrick Nietzsche’s ironically famous dictum that success comes to those committed to a “long obedience in the same direction.”  Thanks Fred.

Haiti currently services an almost 1 billion dollar debt to international lending agencies.  Much  of that debt was incurred by Duvalier’s despotic regime (1950- 86) that for thirty years siphoned off foreign aid money  (around $500 million) that was meant for Haitians.  According to the doctrine of odious debt, nations cannot be saddled with the debts of despotic regimes who did not serve their country.  Erasing Haiti’s debt would free up a tremendous amount of money for infrastructure: hospitals, roads, schools etc.  Enforcing the debt on impoverished Haitians is a form of trans-generational collective punishment that strikes me as profoundly immoral.

To sign the petition to erase Haiti’s debt to the International Monetary Fund, Inter-American Development Bank and others, sign the on-line petition HERE. 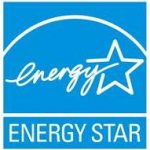 The recent earthquake is not the only cause of Haiti’s suffering. In 2004, flooding from tropical storms left 5000 dead and many homeless. And then last year, the hurricane season of 2008 was the cruelest ever experienced in Haiti killing over 800 people, leaving millions homeless  and wiping out 70% of their crops.

Human caused global warming  is a hotly contested and polarizing issue I know but climate change itself is not. And those in tropical climates and near the oceans are the most vulnerable to the change.

Recently, I met a marine scientist who is currently monitoring the alarming rise of carbon in the earth’s oceans. He was telling me that even though it’s not getting much press, the calamity coming, if not addressed,  is far worse than the carbon being released into the atmosphere. I asked him if he believed global warming was human caused or if it was just one of many cyclical spikes that will come and go. He paused for a minute and then said,  with some exasperation, “It’s a moot point. Last time there was a spike in the earth’s temperature there weren’t 6 1/2 billion people on the planet whose activities could push the natural spike past a tipping point. Anything we do to add to the problem is not a good thing.”

After witnessing the burden of climate change on people in Ethiopia and Bangladesh as a result of dramatically increased frequency and intensity of drought and storms, Nanci and I returned home to sell one of our two cars, insulate our home and changed to low energy bulbs. We started to be more conscious of buying locally and began to use more public transport.  It’s all very small and meager, and my lifestyle can be fairly criticized yet, but I try to remember that every time I choose alternatives to carbon based energy, I am helping the vulnerable poor in other areas of the world – including Haiti.

Don’t pray for them. Pray for us.

Lord… have mercy on us. We, your people, need to understand our common humanity as the reality of our design, a reflection of your Trinitarian being – a communion of love; of “mutual othering” – from which we get a vision of wholeness, and without which we quickly descend to  an alienated, vulnerable and autonomous self-hood incapable of shalom. Grant us eyes to see who we are. And let that follow from a vision of who You are.