By now most of us have settled back into our work routines and gearing up for the next thing.  I hope most of you… all of you… had a chance to rest up, visit with someone you love and eat something unique to the season.  I hope that at some level you were able to connect with the celebration of God With Us in a way that was meaningful.

Nanci, the boys and I traveled out to London Ontario to be with Sarah’s family and meet my new grandson Pax. We had the best of times.  Pax is a content and healthy boy, and his older brother, Luca (1 1/2 years), is a riot.  These were definitely the “good old days.”

Now, back to work. I start traveling again at the end of January beginning with a week of concerts in southern California.  We’ve updated the SCHEDULE page of the website to include most of the concert dates booked between now and summer. Check it out to see if there are any concerts in your area, or where you may have friends who might want to attend.  Please use the Facebook and Twitter  ‘share’ buttons to alert your networks about concerts you think they may be interested in.  Wherever you see the words Available Date – this means I’m already in an area but there is an open evening where we’re looking for a concert opportunity. If you have any ideas, please email my manager Dave at dave@signpostmusic.com.  This would be a great help to me.

One of the focuses for the first part of the new year (besides concerts) will be a fundraising campaign. Last year, I lost access to considerable revenues that I need to continue this work.  Retail plummeted, grants dried up etc. This leaves me in a situation where I need to stabilize and recover so I can continue to put out the kind of music and concert events that folks have found to be significant and important.  So over the next few weeks, I’ll write a few articles that will explain the reality of my work  – how the finances work and why I need support. Please don’t be annoyed by these – it is just something I must take care of so I can move forward. Many of you already contribute to this ministry and for that I am so very grateful.  There are others who may want to be a part of this work as well.  I’d sure appreciate if you’d follow the upcoming blogs and consider if you might partner with me on bringing this music about.

Also, I’m quite pleased to bring up the fact it has been 20  years since the release of my first solo album, Comfort My People. In February I’ll dedicate some blogs to telling the story about how that project came about, what led up to it and the significance it was for me in launching a career/ministry  that I never saw coming.  We’ll celebrate the 20th with some kind of sale or something  to mark this milestone. It is so hard to believe that 20 years has passed.  Can I do his another 20? I’d be 70 years old.  Pete Seeger did.  He’s one of my heroes. I think it would be fantastic to be still doing this well into my 70’s or 80’s. I guess that depends on… well…  DEPENDS 🙂  I suppose time will tell.

The next part of the year, late spring and summer, I hope to be dedicating some serious time to authoring a book. This has been brewing for some time, and I’ve kept pushing it off, but now it seems like the time is right. I have some ideas, I feel motivated, and if nothing else, spending some disciplined time reflecting on life and meaning will be good for me as I wind-up the last year of the first half-century of my life.  At this point, I assume the book will not be unlike what I do in concerts – a collection of tales and rabbit-trail reflections that dig around in life and try to get at meaning.  The working title at this point is Each Rare Moment. If I feel confident, I’ll share bits as they come down the pike.

In the fall, I hope to be finishing up preparations to begin recording a new CD to be released in 2011. I have several songs in various stages on the table right now and am already itching to let you all hear them.  Songs remain a mystery and a miracle for me.  Vocationally, I can’t think of a single thing I’d rather contribute to the world.  Songs often know things the writer doesn’t even know. They accomplish things that mere mortals are unable to accomplish. They delight, remember, provoke,  entertain, gladden, sadden, enflame, enrage, soothe, heal…   The best songs outlive their authors and have an independent existence and purpose.  These are the ones every song writer hopes to write. So after a fairly long writer’s bloc, I’m so pleased songs are coming again.

One other project for the year is to develop a new Easter symphony concert for debut in 2011. This I am really quite excited about. The Easter season is so rich in themes that are rarely mined. The possibilities are endless and the dynamism and drama made possible in a symphonic setting are huge.  Most folks think of Easter as the season between Shrove Tuesday (Mardi-Gras) and Resurrection Sunday with Lent, Palm Sunday, Maundy Thursday and Good Friday in between. Already there is so much to draw from. But the whole feast of seasons, or season of feasts,  goes much deeper –  past Resurrection Sunday through to Ascension Sunday, to Pentecost Sunday and finally to the feast of the Trinity: Mardi Gras to Trinity – that’s quite a musical journey. The premiere concert has already been booked by the Winnipeg Symphony in April 2011 and we’re working on several others as well.

I’m starting to get a vision for the depth of impact these symphony concerts could have in the coming years.  I will always love and continue to perform as a solo artist. That has it’s own charm and potential. But the symphony events put me on a larger cultural stage, and allow me to offer, in a winsome way, the goodness and majesty of God in a broader cultural context than I have access to otherwise.  I can see eventually taking these concerts to Europe, Asia, South America, Australia…. and if I may indulge a “wildest dreams” kind of fantasy… I would love to perform a Christmas concert in Bethlehem Square with the World Orchestra for Peace.  Ok… that’s a lofty and improbable goal… but dreams are cheap so I might as well dream big 🙂 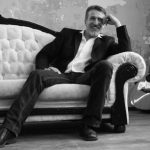 So, that’s the coming year in a nutshell.  Hope to see many of you in concerts.  I still love what I do and am grateful for the opportunity.