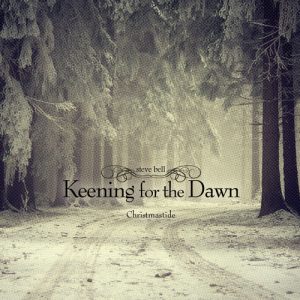 Some gifts mark the seasons, and are, in themselves, things we return to gladly—gratefully.

Such a gift comes this year in Keening for the Dawn, the new release from one of Canada’s finest singer-songwriters: Steve Bell. For more than twenty years, his rich tenor voice has sounded in tandem with the fluent phrasings of a skilled guitarist. They have garnered Juno Awards that stand testimony to the respect of his peers.

This latest album, his seventeenth, conjures rich metaphor. It unfolds like a pilgrimage. And many coloured is the canvas it traverses. Advent, Christmastide, and Epiphany—these are the themes the shape Bell’s cycle of songs. Traditional instruments—acoustic guitar, piano, evocative percussion—all are present. But added to them are, by turns, hints of roots music, finely arranged, classical flourishes of violins and cello, even a bluesy shading or two of Hammond B3 organ. This album displays the simple gifts of a plaintive vocal as deftly as its more lavishly conceived arrangements.

There is a sureness of touch here instrumentally, stylistically, that is met by burnished, finely honed lyrics. And this is the less surprising, because Bell has collaborated on several songs—the title track, “Descent,” “Refugee,” and “Epiphany on the Jordan”—with the British poet Malcolm Guite. Bell presents a lovely cover as well of Alana Levandoski’s stirring ballad, “Glory.” Moving spoken word poetry, finely rendered by Guite, graces “O Come, O Come Emmanuel,” and also, “Descent.”

All eleven tracks, taken together, beckon to the realm of the eternal, drawing the listener in. We walk the pilgrim’s road. Summoned by ancient words—and new, we find the place of the stable.

Rarely, if ever, does an Advent or Christmas album stand as a career benchmark—a fully realized expression of the gifts and life experience that shape a stunning, powerful performance. Yet such is Keening for the Dawn. Steve Bell has never released a more artfully crafted album. This one is, quite possibly, his finest. Seldom has Christmas drawn near with greater beauty in song. 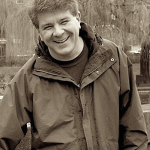 To read the story behind Steve’s newest CD Keening for the Dawn, and to listen to the title track, click HERE…

11 thoughts on “Keening For the Dawn – review”