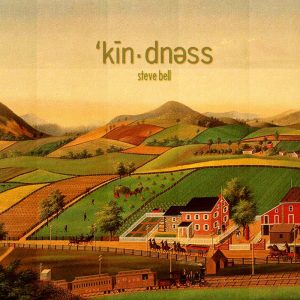 This time last year I had no intention of releasing a new album any time soon. I had a few of my own songs lying about and a growing interest in particular songs by other writers, but I had no real pluck or vision for a new project in the immediate future.

When, in spring, Kinsey Posen of CBC Winnipeg called to say he was producing a project of Manitoba artists recording the songs of other Manitoba artists, I jumped at the chance to record a couple of gems penned by songwriters Gord Johnson and Byron O’Donnell – two of my favorite songwriters who are regrettably under-sung and under-celebrated.

It was during the recording of that project that I started to take inventory of potential songs for my own project and suddenly realized I had enough for a fairly strong album.  My manager was a little taken aback to get a call from me saying that I wanted to record. But after a two-day woodshed session with Winnipeg veterans Gilles Fournier (bass), Daniel Roy (drums) and newbie-wunderkind Joey Landreth (electric guitar), we were all convinced of the strength of the material. And so, with a little schedule adjusting and more than a few fundraising calls, we set out in late August to begin work on my 16th career album.

Initially, I wanted to call the album Changes.  The last few years have been a season of relentless change it seems.  The music industry, as we knew it, has all but collapsed. Hard-copy music formats have given away to digital ones. Traditional marketing schemes have become impotent. And the recent recession, for many of us, has greatly magnified the worrisome impact of seismic changes already underway.

Socially, we’ve seen great change. South of our border the Bush years have given way to the Obama years with an accelerated and alarming degradation of public discourse.  Among other things, it seems we have thoroughly abandoned thoughtful, public debate for vitriol and smug insult. Canada may have some vestige of decorum left but among other indicators, recent mayoral elections across the country have perhaps shown a trend otherwise – exposing a people who have “forgotten how to blush.”

Environmentally, the changes being demanded of us are enormous while collectively we are perhaps experiencing a failure of nerve to address decisively a crisis we will no doubt pass on to our beloved children. We may yet come to find the shame more crippling than the crisis itself.  Heaven forbid.

Personally, well… I’m getting older. I just turned 50. To commemorate this auspicious occasion I recently went straight from wearing no glasses to wearing progressives.  Adding to my vertigo, there are now two young children who call me grandpa while my own children are becoming peers and colleagues. As well, I’m finding that my body is less and less agreeable to the rigors of touring and the consequences of neglecting this reality are increasingly unpleasant.

I thought Changes was an appropriate title.

But in the early fall, I was testing a few of the new songs on some friends after which one of them blurted, “you should call your CD Kindness! Kindness is the clear theme running through the songs!”  This wasn’t immediately evident to me, but on a bit of reflection I realized she was right.

Kindness… hardly a quaint sentiment… is fundamental to the fabric of authentic, good life. Neither utopian nor naïve, sustainable kindness flows from a deeply internalized knowledge of the kinship of all things. What the saints have ever known, that a lived conviction of positive regard for the other, cherishing  – even enemies – is the sanest way forward. Indeed, it is a fundamental intuition of my own Christian faith that understands God to be a familial communion; a unity of self-donation, mutual othering and ecstatic overflow, which issues forth as creation –  you and I, field and stream, songbird and leviathan, soil and sky.  It’s all-good. It’s kin(d).

When I consider the songs on this recording, and think behind to the  ecstasies and agonies that created and chose them, I recognize that the simplest words carry the greatest freight:  Love, Kindness, Grace, Beauty, Truth, Goodness.  We know these profoundly and painfully in their absence.  But when they are present… glory!

Obviously this small collection of songs is ill-equipped to carry the freight of a word such as kindness, but if in any way it serves as a signpost, I am very pleased.