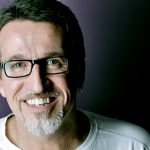 Yay!  Yesterday I signed off on the artwork for my new CD KINDNESS.  It feels great to finally strike something off the list. There’s always such stress at the end of a project when one has to finally commit and let go.  But it’s a huge relief once done.
a

The album is going well (I think.) By the end of a project, I’m typically sick of it and it’s hard to get jazzed about the work done so I just have to trust that our instincts haven’t suddenly failed. But of course, there is always the chance that they have :).  Recording is such an intense process. I can’t say I love it… it’s meticulous and often tedious work, not at all like live performance were the dynamic between the stage and audience is so much a part of the pleasure.

Today Graham Shaw is in the studio to lay down a harmonica part on a song and that will likely be the last new addition. That’ll be fun. Graham is hilarious. Tonight, Murray Pulver (co-producer) and I will spend a couple of hours just listening to the tracks to identify the last remaining fixes that need doing and then we have a couple of days to get them done as Dave Zeglinski is already mixing the tracks so we can send off to manufacturing next week.  I do still have to sing one vocal which I’ve been avoiding because it’s a bear to sing.  Over Christmas I caught this flu that’s been going around and my voice is still a bit raw – I have till the end of this week to get it together… egad!!

Anyway – in case you’re interested –  for promotional purposes I’ve had to write a brief story about the project itself. If you would like to read about it, you can do so HERE .

The CD itself will be released on February 10.

5 thoughts on “On The Back Stretch!”