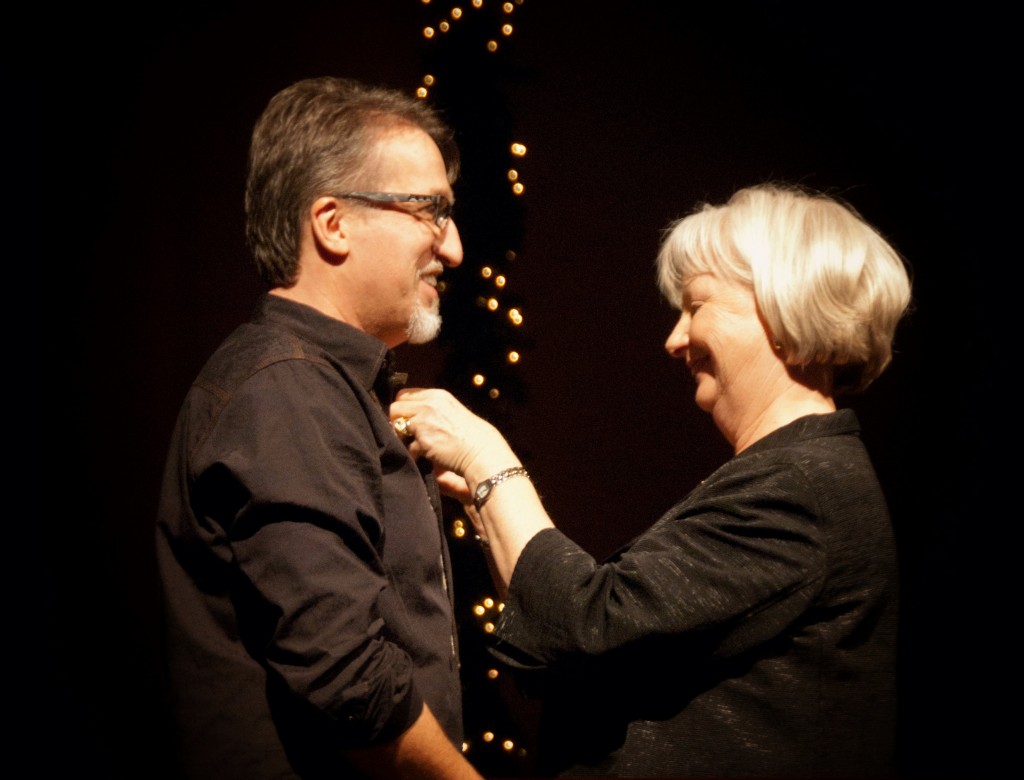 On Dec. 1, 2012, Conservative Member Of Parliament Joy Smith attended one of Steve’s concerts to award him the Queen Elizabeth II Diamond Jubilee Medal.

This commemorative medal serves to honour significant contributions and achievements by Canadians.

In his characteristically humorous way, Steve’s first response was to stroke it greedily and croak, “my precious.”

He then gave thanks to the many, many people who have given of themselves and their resources to enable his work to flourish; notably, his wife Nanci. But he made it clear that he shared the award with his long-time manager Dave Zeglinski.