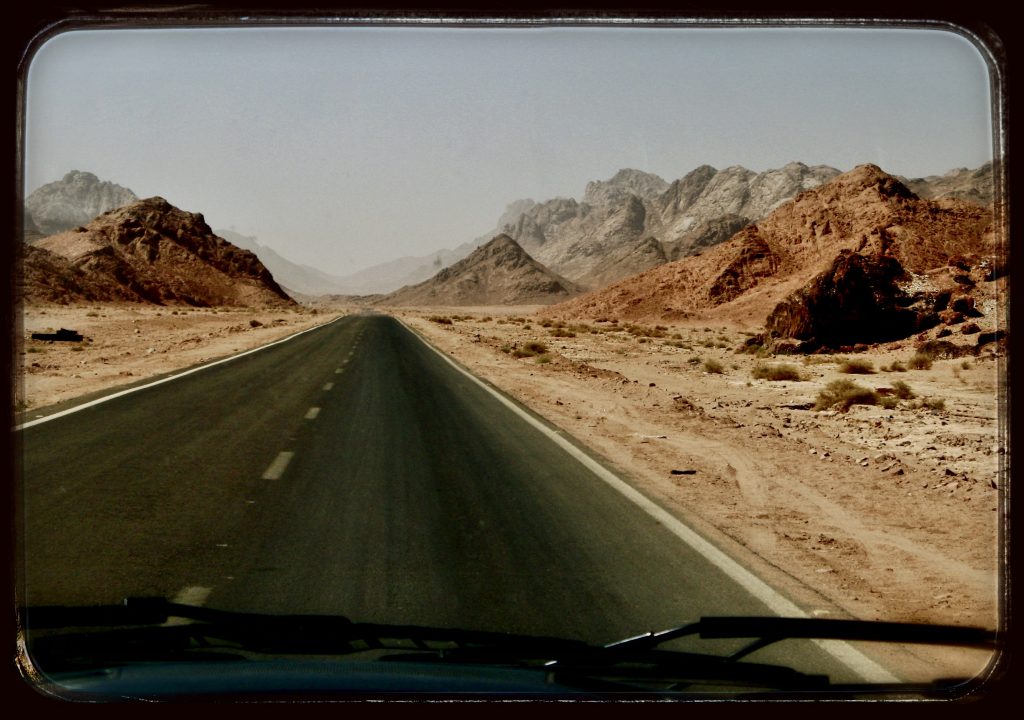 I was sitting  in a hotel dining room in Tiberius, overlooking the Sea of Galilee, when my traveling companion, Rikk Watts, suddenly asked, “What, in your estimation, is the single, greatest self-revelation of God we have in our scriptures?”

Rikk and I were on a two-week trek that began in Cairo and which included a two-day trip to Luxor in the south of Egypt.  We then drove through the Sinai and up the length of Israel along the Jordanian border before rounding back down to Jerusalem, following the Mediterranean coast.  Rikk is a theologian/historian who was doing his own research. I was mostly along for the ride.  A friend of mine, who generously covered my expenses, was convinced I needed to be there to catch whatever spilled out of Rikk’s musings along the way.  And, I must admit, it was indeed one of the richest learning and bonding experiences of my life. The most memorable times (for me) being the evenings where we’d decompress in a hotel somewhere, and unpack the day.

Shared experience builds friendship and intimacy. Given the socio-political climate of the region, each day brought it’s share of disturbing revelations as it did exhilarations.   There was much to talk about.

“I dunno,” I replied, hesitantly. I already knew that if Rikk asked that kind of question, something interesting was about to come down the pike.

“The cross of Christ, I suppose??”

He continued, “The more I think about it, the penny-drop of revelation came when Jesus, just hours before his death, put on a servant’s towel, took a bowl of water, and washed his disciples’ feet.” 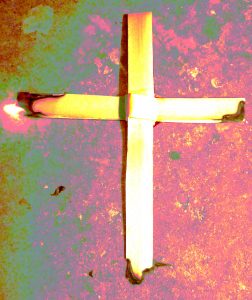 Rikk went on to surmise that given the cultural context of the time, and the Messianic expectations of his disciples, this was an astonishing, counter-intuitive act that would have blown the doors off all available understanding. This was exactly the opposite of every expectation and hope. His disciples desperately wanted a King (Saviour) who would relieve them of the brutality of the Roman imperial occupation, and centuries of humiliations they had borne as a people. There could hardly be anything less “kingly” than washing another’s feet like a despised and discardable slave.

“But it changes everything, doesn’t it?” suggested Rikk.

Some of the greatest sayings of Jesus came immediately following this particular event – what could be considered the most masterful instance of performance-art in history – as each word is impregnated with the implications of the towel and bowl:

And then comes the hinge-pin sentence that turns the penny-drop into a white squall:

As a kid, nurtured warmly as I was in the womb of 60’s prairie Evangelicalism, I understood saving faith to be primarily a cognitive assent and obedient allegiance to a set of factual propositions about God, which were safeguarded by my particular denomination.

We were the insiders. We were the repository of answers for the questions of a broken world. “Growing in faith” mostly meant studying those answers so that we could confidently answer the questions that would inevitably come our way.  And equally, so that we could adeptly defend those answers against every detractor (evil or merely ignorant). Good deeds were important, certainly, but they mostly functioned like a retailer’s loss-leader to get customers in the door.

I still carry a lively Evangelical faith, even if the category is woefully freighted with questionable baggage of which I make no claim to adequately discern. Certainly there are unassailable doctrines worthy of articulation. And certainly there are propositional truths to uphold. But the longer I live, the more I am inclined to say, alongside my friend Terry Leblanc, a Mi’Kmak (First Nations) elder, that I am a poor “follower of the Jesus Way.”  Such a way can be characterized by an (in)sane race to the bottom of other-oriented service and sacrifice, rather than the perfectly understandable contest for the top. And there, at that despised bottom, we discover our true kindred life: even Christ, through whom, as it is promised, we enter the lofty realms of divine love and mutuality from which all life and love and goodness exploded in the first place:

And if there be a limit to this love, the limit is clearly indicated by this ‘delicate device of (Christ’s) immense charity’:

May our hearts be ‘dilated and made spacious‘ by so great a love.

Father, just before the hour comes
That was set aside to glorify your son
With a glory from before the world began
With a glory given to no other man
Protect the ones you’ve given me to love
I so desire that none of them be lost
They’ve yet to understand the mystery
Why the Son of God would wash another’s feet

This version of This is Love is found on Steve Bell’s 1997 CD Romantics and Mystics which can be previewed and purchased here: stevebell.com/music-video/discog…and-mystics-album/

An alternate version, recorded with the Winnipeg Symphony Orchestra can be found on Steve’s CD Symphony Sessions, which can be previewed and purchased here: stevebell.com/music-video/discog…ny-sessions-album/