The following is an excerpt from Steve's Christmas book from the Pilgrim Year book series. 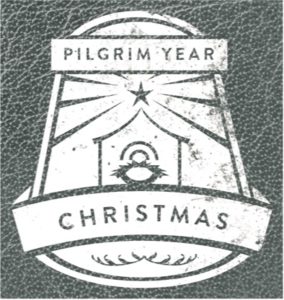 Jesus! “…the splendour of the Father, and the figure of his substance.” 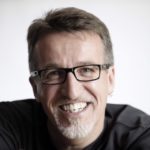 On the Feast of the Nativity, we look into the humble, entirely vulnerable face of the Christ Child and ask how we can possibly perceive the “splendour of the Father, and the figure of his substance,” as Father Gabriel of St. Mary Magdalen has so eloquently suggested we might? What possible internal concord can there be between the Almighty God (above whom there is no other) and a newborn child conceived under dubious circumstances and born in an animal shelter in the backwater of a powerful empire? And yet, this is the grand paradox that has fired the ardour and devotion of Christians for more than two millennia.

My friend Alana Levandoski wrote an elegant song simply titled “Glory” that captures the wonder of a revelation almost too bright for human eyes. For if indeed the Sovereign of the cosmos – in order to communicate his truest nature and the content of his love – would condescend to the form of a child born into lowly and obscure circumstance, first announced to uncouth and unwashed shepherds, then we have to completely reboot our all-too-human understanding of words like ‘glory,’ ‘majesty,’ ‘power,’ and ‘authority.’ It simply changes everything… for God’s glory is here revealed as the power of love, humbly percolating from the bottom up, rather than as raw power imposed from the top down.

GLORY!
Music and lyrics by Alana Levandoski (www.alanalevandoski.com)
Appears on the 2012 CD release: Steve Bell / Keening for the Dawn

We stood watch, just like any other night
Counting sheep, just trying to stay upright
Shuffling our feet, we heard the beat of an angel’s wing…
An angel’s wing
And above, we saw the strangest thing
The light all around began to sing:

We left the fields, moved by the angel’s song
Even the sheep seemed to sing along
We ran like drunken poets
Looking for their muse, to the beat
Of angel’s wings
And below, we saw the strangest sign
All at once, our hearts knew what to cry:

In his book The Triumph of Christianity, sociologist Rodney Stark claims that the most outlandish and revolutionary phrase written in first-century Rome was “For God so loved the world” – words attributed to Jesus in the Gospel of John. Stark argues that the pagan world would have had no catcher’s mitt for such a phrase. The gods, as they were understood, did not love the world – they used the world. And they were not worshipped for their virtue or character, but rather were ceremoniously placated for reasons of personal gain, revenge, conquest or safety. The legends of the gods’ all-too-human characteristics of selfishness, pride, lust, greed, rapaciousness and skullduggery are legion, and “worship” pandered to these base instincts. People of this time would not have had categories for the idea of a God whose basic orientation was other-centred, self-donating love. Yet, this is the clear message of Christmas. The early Christians understood in practical terms that if God “so loved the world,” then so must they, which accounts for the formation of early Christian communities that lived selflessly in solidarity with the suffering rather than in fortresses that offered escape.

Malcolm Guite offers an illuminating poem that beautifully expresses the heart of this paradox. Indeed, so much more can be said about the mystery of Christ’s nativity. But this poem uniquely paints a picture of the nature of God revealed in startling contrast to the pagan gods, as they would have been understood in first-century Rome.

DESCENT
Lyrics by Malcolm Guite
Music by Steve Bell
Appears on the 2012 CD release: Steve Bell / Keening for the Dawn

This contrast between the gods of antiquity and the God of the nativity has enormous implications for worship and for human behaviour and relations precisely because, according to the Scriptures, we have been made in the image of this God. If we want a picture of what a redeemed and restored (reborn) humanity might look like, we must begin with the difference between gods made in our own image, and the Son of God who descended to this mortal plane in order to suggest otherwise.

One thought on “GLORY! The Feast of the Nativity | December 25”