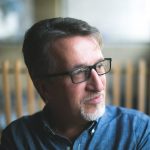 I hope you don’t mind a bit of shameless self-promotion, but my latest album, Where The Good Way Lies, has recently enjoyed some noteworthy affirmation, that being a great review in Faith Today magazine, and 10 award nominations for the Covenant Awards (Canadian Gospel Music Awards). 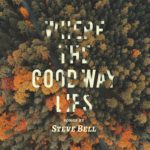 Where The Good Way Lies
By Steve Bell
Signpost Music, 2016

EARLIER THIS YEAR at the Break Forth Conference in Edmonton, I had the chance to take in the thought-provoking session “How Art and Culture Affect the Church” with Winnipeg singer-songwriter Steve Bell. He shared his passion for justice and truth.

That passion is the lifeblood of his 20th album where he not only showcases his musicianship on ukulele, mandolin, guitar and trumpet, but also offers a lyrical depth that continues to grow—astonishing for such a veteran.

This folk/roots album offers 13 songs, two of which are instrumentals and all backed by a plethora of instruments including accordion, saxophone, organ, dobro, French horn, harmonica and upright bass, just to name a few.

Highlights include the title track based on Jeremiah 6:16 that features a traditional Native chant by Co-Co Ray Stevenson and spoken word from Winnipeg rapper Fresh I.E., the cover of Bruce Cockburn’s “Love Song,” the simple yet poignant “Love Is Our Way,” and “Ash Wednesday” where Steve’s poetic verses are featured as he sings, “Love bruises to the bone / When it falls among the thorny paths and fields of stone / If this is all we’ve known / What makes the body ache to land a better home.”

The many fans of one of Canada’s most prominent Christian musicians will in no way be disappointed.

(see customer reviews of “Where the Good Way Lies”  HERE… )

Winners to be announced at the 39th Covenant Award Ceremonies in Edmonton, January 27/18

If you haven’t purchased the new album yet, take advantage of the Christmas sale on offer until December 25 where all Steve’s CDs are available for $10 each.

Go to the store at stevebell.com/store, make your selections and at check-out use the Promotion Code: 12345678910. The sale price will be applied.