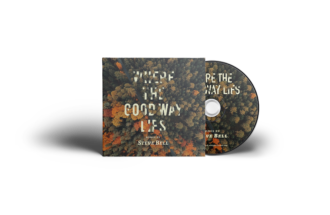 New Painting “Love is Our Way”

I’m so very excited that Steve has begun recording in the studio for the new album, Where the Good Way Lies. On the first day, the beautiful song that I could hear him singing was “Love is Our Way”, the very name of my newest painting! Steve asked me to do a special painting to use as […]

Where the Good Way Lies Stand at the crossroads and look; ask for the ancient paths, ask where the good way lies, and walk in it, and you will find rest for your souls. —Jeremiah 6:16 My 20th career album is officially out on November 1st, and I am admittedly still astonished to be doing […]

A lack of principle

Tory doublespeak creates confusion over Shoal Lake’s road to freedom By: Mary Agnes Welch Posted: 08/12/2015 3:00 AM If you’re the fine folks of Shoal Lake 40 First Nation, you’ve got bigger things to worry about than how 22 words became the most parsed, dissected and argued over words in your long, hard history. But, for the […]

Campaign to build road to Shoal Lake 40 catches a wave…