The following is an excerpt from Steve's Advent book from the Pilgrim Year book series.

The angel said to her, “The Holy Spirit will come upon you, and the power of the Most High will overshadow you; therefore the child to be born will be holy; he will be called Son of God.”

Then Mary said, “Here am I, the servant of the Lord; let it be with me according to your word.” Then the angel departed from her. 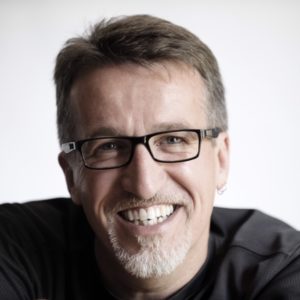 We cannot begin to understand the profundity of the season of Advent and its implications for human dignity without considering the woman whom Eastern Orthodox Christians reverence as Theotokos: the God-bearer, and the one whom Catholic tradition venerates as the Daughter of Father, the Mother of the Incarnate Word, and the Spouse of the Holy Spirit.

Growing up as I did, in a Protestant tradition, I was not encouraged to ponder the life and faith of Mary. She was presented as a mere passive instrument of God in the drama of salvation: not particularly heroic, not a leader or a theological shaper of the faith like Paul, or Peter, or any of the disciples, for that matter. She was not as interesting as Mary Magdalene and didn’t seem to play a supportive role in Jesus’ ministry, as did the women who followed and funded his work. Mary was a quiet, quaint and somewhat tragic figure in the background who drew empathy from those who attended to her story, but not much else. Yet, it is the story of God’s loving humility meeting hers that exposes the staggering dignity of the human person: that we have been created to house heaven and bear forth Christ for the sake of the world.

I was in Israel in 2004, tagging alongside my good friend Jack, who was visiting Palestinian Christian aid and education organizations in the West Bank on behalf of potential North American donors. I was there simply because I had been reading about the region and wanted to learn something of the complexities of Israeli–Palestinian relations, and Jack was happy to have the company.

At this time, the second Intifada was winding down. Palestinian leader Yasser Arafat was bunkered deep in the recesses of his bombed-out compound, and the whole of the West Bank and Gaza Strip was in lockdown. At each of the many military checkpoints, we were met with machine guns pointed at our heads and nervous soldiers interrogating us about our reasons for being in the region. The tension was so high that stepping on a twig, it seemed, might erupt into chaos and violence. It was frightening.

After a week of living in this tension, my insides were wound up like a clock. I wasn’t sleeping, and when I did, my dreams were dreadful. One night I dreamt that I was dangling helplessly like a spider on a thread while a churning, mile-high tidal wave of black, roiling water overcame and obliterated me. I still can’t recall that dream without hearing the ominous roar of the approaching rage, the feeling of horrified helplessness, and the moment of impact when my frame was crushed like a bug to nothingness.

Nearing the end of our trip, my companion and I realized it wasn’t a good idea to return to our families in such a stressed state, so we checked into a quiet monastery a few miles west of Jerusalem to decompress for a couple of days. It was an incredibly serene and peaceful place.

The monastery, mercifully inhabited by tranquil, hospitable nuns, was situated on a hilltop covered with ancient olive trees. A quiet Arab-Israeli village lay below. The gentle sounds and smells of life – children and adults kibitzing, bleating goats, car horns, music, open cooking fires – rose up the slope like a soothing balm. On the pinnacle of the hill was a graceful chapel adorned by an elegant statue of the Madonna and Child. She, Mary, was holding the Christ Child in her right arm and gesturing towards Jerusalem with her left, as if to show the child the glory and the tragedy of his inheritance.

The night before I left for home, I decided to keep vigil in the olive trees and wait for the sun to rise over Jerusalem, visible to the east from my vantage on the hill. I had my guitar with me, and through the night I played some, I prayed some, I wept some, and I waited. At dawn, a gentle, rose-coloured wave of light glided across the valley floor and up the hill to the chapel behind me. As the ascending sun bathed the Madonna and Child with new-dawn splendour, I noticed – for the first time – the inscription beneath the figure: Mary, Ark of the New Covenant.

I stared at that inscription for the longest time, the truth of it rising in me like the morning sun which illuminated it.

Mary, the prototypical Christian, who first received the seed of the Word of God in her womb and who bore it for the sake of the world, beckons us all to realize our innate calling to be co-bearers of the seed of God. Even in our troubled humanity—within the drama of brokenness, redemption and salvation—we, too, have been invited to take up our role as maternal-spouse of God: to receive, carry and bear forth new life for the sake of the world. Anything less is beneath our dignity.

This invitation to a spousal relationship, which God offers in the unfolding drama of salvation history, is a genuine offer. Therefore, what comes with it is the dignity of choice.

We see so little, stayed on surfaces
We calculate the outsides of all things
Preoccupied with our own purposes
We miss the shimmer of the angel’s wings
They coruscate around us in their joy
A swirl of wheels and eyes and wings unfurled
They guard the good we purpose to destroy
A hidden blaze of glory in God’s world.
But on this day a young girl stopped to see
With open eyes and heart. She heard the voice;
The promise of His glory yet to be
As time stood still for her to make a choice;
Gabriel knelt and not a feather stirred
The Word Himself was waiting on her word.

“The Word Himself was waiting on her word.” I love that.

During Advent, when Christians piously exhort the world to “keep Christ in Christmas,” we may do better by encouraging one another to keep ourselves in Christmas. I sense that Christ doesn’t need us to defend him. We have not understood our place in this astonishing story; we should instead ponder and internalize how this season reveals not only the truth of God, but also the truth of our humanity. And so our souls, too, can whelm in song along with Mary’s Magnificat (Luke 1:46-55).

MAGNIFICAT (HOLY IS HIS NAME)
Words and music by John Michael Talbot
Appears on the 1995 CD release: Steve Bell/ The Feast of Seasons (Signpost Music)

O gracious lady, child of your own child
Whose mother-love still calls the child in me
Call me again, for I am lost
And wild waves daunt me now on this dark sea

Shine as a star and call me to the shore
Open a door that all my sins would close
And hold me in your garden. Let me share
The prayer that folds the petals of the rose

O gracious lady, child of your own child
Whose mother-love still calls the child in me
Call me again, for I am lost
And wild waves daunt me now on this dark sea

5 thoughts on “Mary: Ark of the New Covenant”