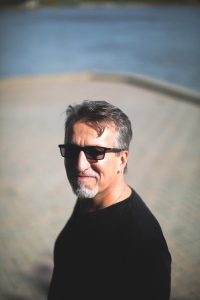 It was a tender and tearful moment for me when I phoned my Dad this morning to tell him that his son would be preaching today as a guest speaker in the 2016 Lester Randal Toronto Festival of Preaching. You should know that my father is a truly great preacher, as was his father before him. And I’ve always had a deep appreciation for the craft, and the miracle of carefully chosen and spoken words to stir the soul’s ardor and to move folks to follow their better instincts.

What prompted the call was a sudden flash of memory—while shaving no less—of writing my first sermon when I was eight years old. I recall spending the better part of an afternoon writing it, and being very proud that my words filled a whole page, and that I had found appropriate Bible verses to weight my pious exhortation written to encourage the faithful to live more Christianly. I remember the shining look in my dad’s eyes as he read it before showing it to my mother who properly cooed over my earnest efforts. Later that night, I asked Dad if he wanted me to be a preacher like him someday. He responded that he mostly hoped I would become who I was created and called to be.

And so, this morning I called my Father. We laughed at the unlikelihood of a career singer/songwriter being invited to preach at a festival to honour such a rich tradition. But I knew he was pleased. And he ended the call with his familiar and full-hearted “Bless you!” which, I promise, never gets old. 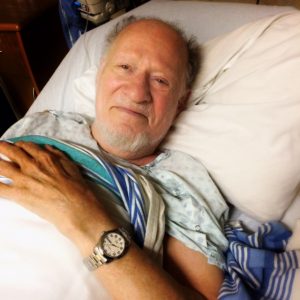 My Dad is dying. He has later stage multiple myeloma, and as a result he doesn’t preach anymore. He now experiences most of life from the hospital bed that has displaced the furniture in his living room. But he is neither lonely nor alone. On Monday nights, his AA group faithfully gathers around his bed. On Wednesday nights, another group of men gathers there to pray and study the Bible, as they have done for some years now. During the day, when he’s too tired to visit my mom, there is a steady stream of folks to check in on him, who share the details of their own lives hoping for that nugget of insight or wisdom that Dad seems to have endlessly in store.

A couple of weeks ago, I stood at the end of Dad’s bed and watched his breath shudder from pain as he slept. It’s hard to hide the tears so as not to be the needy one in the situation. “Make peace with your powerlessness,” Dad said, realizing my struggles. “You’ll find peace and beauty in your own death if you do.”  Days later, Dad surprised me with the admission, “I’m not scandalized by my suffering… everything I’ve most deeply longed for all my life (tenderness, care, intimacy, etc.) has occurred in spades around this bed of suffering.” And we then spoke of, and grieved, the reality of those for whom this is not so.

I recently wrote a song for Dad that was inspired by a sermon I found online by another great preacher, N.T. Wright.  In the sermon, Wright shared a few stanzas of a poem by Robert Louis Stevenson. For the purpose of his sermon, Wright added his own stanza, and I then added a few of my own to complete the song.

But before you listen, let me say (in case you are wondering) that my own sermon this morning (begins at about 40 mins) was warmly received. I sang and spoke, as best as I could, about the divine society that is the Holy Trinity: that eternal, dynamic mutuality of love and delight from which all of creation flows—from whence we came, and to whom we return.

And I believe there is something good here to ponder:

While we, the gardeners of creation blessed
Furrow the soil at our Saviour’s behest
And bury the seeds of our own life’s death
And suffer God’s glory to grow

Yes we, the priests of all that is made
Gather the greatness of creation’s praise
That burgeoning freshness of glory displayed
From the depths of the earth below

This song can be found on Steve’s recent CD release, WHERE THE GOOD WAY LIES:

Where the Good Way Lies CD

24 thoughts on “LET BEAUTY AWAKE | A son celebrates his father”